Are you currently experiencing an app not installed android issue or have you experienced one recently? It’s really frustrating as this error doesn’t allow you to install an APK app you downloaded from a source that isn’t Google Play Store.

But you don’t need to stress over that now as this post will be highlighting 7 different reasons this error message pops up and 10 effective ways to fix the app not installed error.

Android users download many apps on it to make their lives easier, solve a problem, or to pass time.

Google Play is the most well-known source for downloading Android apps, but sometimes you might get your app APK from other sources (probably via transfer apps or a website).

While installing these apps you might see an error pop up, saying “app not installed”.

Here are the reasons it pops up and the ways you can resolve the issue. 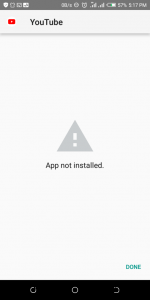 There are numerous reasons for the app not installed android issue.

In this section of the post, I’ll be highlighting some of the most common reasons for the Android app not installed error. Here they are;

Sometimes, when the Android software, photos, music, messages, videos, apps, contacts, emails, etc. have taken up so much space in the internal memory and there is not adequate storage space left for the app you want to install.

This insufficient storage issue leads to the Android app not installed error.

Sometimes, app files downloaded or gotten from other sources apart from Goggle Play Store are corrupted and hence your Android system will not allow it to be installed on your device successfully.

You should be very sure of the source you’re downloading app APKs from, check its extension name, and make sure not to install contained files.

3. SD Card not Mounted in the Device

Your SD Card is mounted is when it is integrated into your phone and ready to use.

In a situation where the SD card isn’t mounted, any app you install and choose to save it to your SD Card will not install.

Android system will give you an app not installed notification.

Some apps tend to want to be stored in a particular location (either internal storage or SD card).

Storage locations (most times the SD card) might become corrupt because of some issues or modifications.

Here are some of the ways the storage can get corrupted;

Take this issue very cautiously as corrupted storage and clogged up internal memory can put your device at risk.

Permissions are a method of regulating and controlling access to the specific system- and device-level functions by software.

Some apps tend to request a lot of unnecessary permissions and the Android system will notice those requests and stop the app from installing.

This in turn gives an app not installed notification.

If you have already installed an app and download another version of that app having a different signed or unsigned certificate.

This different certificate can also make the Android system not install that app and the app not installed error will pop-up.

This sounds a bit technical, but this issue and all the other reasons listed above can be resolved by you.

In the last section, I’ve already highlighted some of the reasons for the “app not installed” error.

But in this section of the article, I’ll be taking you through 10 different ways to fix the app not installed error.

To solve the insufficient storage issue, free up some storage space on your device by cleaning unwanted data, uninstalling unnecessary apps, and deleting extra media & other files.

You can also download a junk cleaning app from Google Play Store.

To get rid of heavy apps, follow these steps 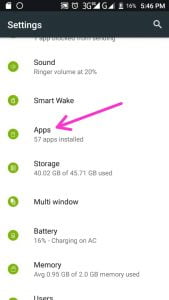 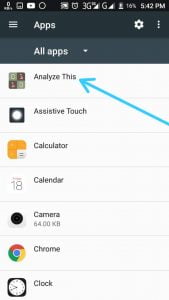 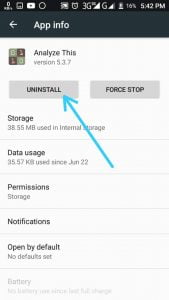 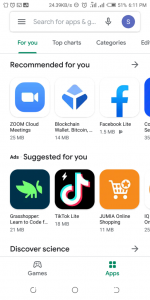 Making Google Play Store your only app source is one of the best ways to prevent the “app not installed android” issue.

The Google Play Store is designed for Android users to download their favorite apps. This app store offers only trusted and safe apps.

It is sometimes known as the “Android Market” because it is filled with various types of apps to satisfy all your needs so that you don’t have to depend on other third-party sources to purchase or install apps.

Another way to resolve the app not installed issue is to make sure that the SD card inserted in your device is mounted.

You shouldn’t tamper with any app’s location and let your Android system decide where the app needs to be placed.

As often as possible, let the apps be in your device’s internal memory.

There is a high chance of your SD Card being corrupted. When your SD card gets corrupted, you can format it either in your device or externally.

Now to format your SD Card, just follow these steps; 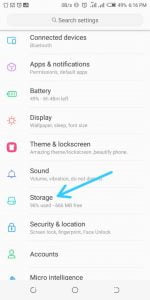 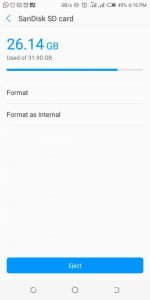 Always ensure to download App files only from a trusted, well-known, and safe source to avoid any errors during installation.

You can resolve the Android app not installed error by resetting your app permissions. 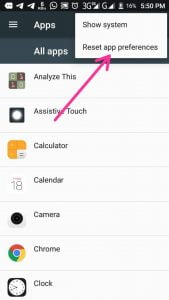 This will allow you to install third-party apps on your device.

To sign an unsigned app, you will need to download the Zipsigner app from the Google Play Store.

This app will also help you launch the signed app. Here are the steps to follow;

This is another way to resolve the insufficient storage issue.

You need to clear data & cache because some data & cache have been accumulating for a long time and sometimes, aren’t useful.

Here’s how to clear them 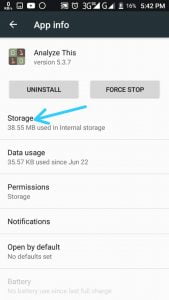 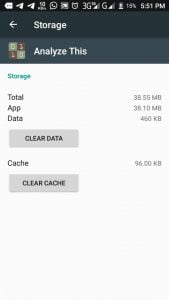 Finally, if everything else doesn’t work, restarting your device to end all operations could be the solution you need.

To reboot your device, just firmly press the power button till you see a pop-up.

Tap on “Restart” or swipe up/down (depending on the Android version)  and wait for your Android device to restart. 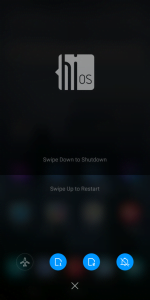 With this comprehensive article on 10 ways to fix an app not installed android issue and 7 common reasons it happens, you will now know the reasons for the app not installed error message and the various ways you can easily resolve the issue.

If the app not installed android issue you’re currently facing and its solution isn’t featured in this article, kindly drop the issue in the comment section.

What is APK app?

APK (abbreviation for Android Package) is the file format Android, and other Android-based OS uses for installing and distributing mobile games, mobile apps, and middleware.
The Android system only permits users to manually install APK files after they turn on the “Unknown Sources” setting that will allow you to install apps from sources other than trusted ones like Google Play.

Why can’t I install apps from unknown sources?

How do I install a downloaded APK file?

If you want to install an APK file you recently downloaded, it’s very easy. You just need to follow the steps below;
– Once it’s downloaded, open downloads on your browser or file manager
– Then, tap on the APK file, and tap “Yes” when prompted.
– After that, the app will start to install on your device.