In this series for Developers, we want to show you how to earn money from developing android apps with this Most Comprehensive Guide ever.

This article is a continuation of 50+ Ways to making money from apps for android phones [App users & Developers], and this Series is strictly geared to Android App Developers.

You need Traffic and you have to do the necessity to get the Traffic you need or else no one will know that your site actually exists. 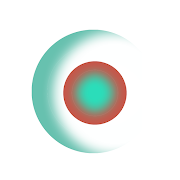 After doing SEO, paying for Ads, going on TV and people are now visiting your website, what next?

You got to generate Revenue, you got to make money off these Users visiting your site because you are paying for Hosting, Domain, and other Expenditures

That is exactly where the Revenue Model comes in

You must find a suitable Revenue Model for your App, then apply some higher-performing Tips and Strategies that will help you earn even more.

For the guys and girls who actually built these Apps, how can they make money from their Apps?

This and so many other questions are what we are going to address below.

How to earn money from developing android apps

First and foremost, you must know that the Android Operating System is by far the most used and dominated Mobile OS in the market today

With a whopping 88% Market share and growing constantly over the Years.

Which gives you more reasons to Develop Android Apps before thinking about other OS.

Before we proceed in making the list, take note that all these ways will not work on every Android App, it depends on what your App is offering, how it was built and the type of Audience your App is geared to.

All this and so many other criteria will help you pick the right Monetization Model that will eventually work best for your App.

Most Apps are offered Freely but in turn, runs Ads to generate Money while others are out-rightly Paid Apps

Apart from these mediums, what other Monetization channels should an Android Developer consider?

1. The Freemium Subscription Model of Generating Money from your Android App

The way this works is this, the App is built by default to give all users access to the App Freely with limited access to certain Basic content, feature or functions depending on your App

Then far more advanced Functions, Contents or Features are locked into the PRO section for only users who have tested the FREE default version and see more reason to get more.

These users are then satisfied to pay for an Advance Subscription and Upgrade their Account and Access level.

These Model works for a whole lot of Apps you can find on the Play store and it sure converts.

2. In-App Advertising on your Android App

Rated the  most popular and most widely used medium to monetize your Android App,

In-App Advertising allows Advertisers to display Advertisements on your App directly or through a third-party platform like Admob by Google.

and CPM (Cost Per Impression) which pays you per thousand Impression generated on the Ads displayed on your App.

Apart from Banner Ads on your Android Apps on the Play store, you can also monetize your App with Video Ads which will popup for your users to watch at a certain fixed interval or event.

NOTE: It is important that you weigh the options between Banner Display Ads and Video to see which one is fitting to your Audience, some Users hates Video Ads and would Prefer a Paid Ad-Free version of your App which might be another kind of Monetization Model for you.

Few Apps can succeed this way, for people to pull out their hard earn money to pay for your little piece of App, it must really worth every cent.

So in a nutshell before choosing this Model, make sure that you are providing Value beyond what they can find elsewhere and then they will have no reason than to pay for your App.

When you visit the Play store, search for Paid Apps and you will see quite a number of Apps that are outright paid apps

But one thing you will observe is that they have low Download stats as compared to their Free counterparts.

Not widely used though but works quite well for some niches, as the name implies, you must be able to find a Sponsor for your App

This keeps the Company in the mind of the users who wake up to it each day as they Open the App even though the Brand isn’t advertising, it is a Psychological Marketing Strategy.

For instance, you see a Big Coca-cola billboard on the Highway with just the word Coca-cola, nothing more and you wonder why?

Are they trying to tell you to go get some more bottles and drink? Not really, that wasn’t on the Ad Copy on the Billboard

It is just a way of keeping them alive in your mind.

The same thing happens in the Football field when the Players are playing Football, they wear their Jersey with the Logo or Brand Identity of their Sponsors.

With this model, you offer your App and whatsoever solution that you have in there for Free, Absolutely Free, at times even free of Ads

But in another way round, when users consume those contents, you are being paid by some third-party companies that you have signed up with to earn an affiliate commission for each referral on a Performance-based Advertising Model

You can signup on any Mobile Affiliate Platform that has something related to your Target audience interest, it could be a Product, a Service, an Offer or an App too.

And when your users end up clicking to their Offers and end up consuming them, you are being compensated for it.

Let’s assume that your Blog is about Financial Literacy and you run an Affiliate for a Bank App, each time any of your Users downloads and install that Bank App, you earn a certain Cost Per Action (CPA) fee.

Commonly found on Android Games and other Interactive Activity Applications,

There are certain games you can not play to the top level without buying a new powerful Weapon and your App users can only achieve this by paying a token to purchase that weapon, which will unlock that Weapon forever or on that stage only.

Some times such Games allow users to buy and exchange Coins for whatever they may need to win in their Game Play.

Like I noted earlier, this model is most suitable for Android Game Developers, as more than 50% of Games do deploy the In-App Purchase Monetization Model. Based on the same Freemium Model I talked about earlier.

Do you know that a Platform like Wikipedia and many others are driven by Donation?

Asking them for a certain Donation from time to time with specifics of how the money is helping to keep the App running could be a very successful Model.

Everyone must not build and launch an Android App to Make Money, the good thing is that you can Develop Android Apps

So why not Develop, Activate and Sell the App to someone else, could be an Individual or a Company looking for an Android App and yours suites their need except for a few customizations

You can also do this without being a Developer, hire one, let him Build while you sell it to Companies or Individuals

Why should you Develop an Android App?

Which creates more Opportunity for you as an Android Developer, the more the Demand, the better the chances of your having a share in the bigger chunk of the Revenue Pie

On the other hand, so many companies are developing or looking out for Android Developers as opposed to the iOS developers.

How much can you earn with Android apps?

If you build a Subscription App and charge $10 per Subscription per Month and you have 100,000 Paid users each Month, you will be making a million-dollar ($1,000,000) from that Monthly.

And this also depends on the Demographics of his users, users from the United States and other American Countries tend to favor app developers who use In-App Advertising as opposed to Users from the African Continents, especially Nigeria.

How do you make money from a free Android app?

To make Money from a Free Android App, you can use the In-App Advertising Monetization, Donation, Affiliate Promotion, Sponsorship or App sells Model.

For the App Selling Model, you actually Build and Sell your App on platforms like Codecanyon, ChuppaMobile, and Flippa

In the end, we have been able to show you how to earn money from developing android apps and we encourage you to make thorough research before deciding on the Model to use.

What the App is delivering is very crucial to the type of Model you decides to use, so choose wisely, choosing the wrong Model for a great App could jeopardize your chances of Success

Once again Goodluck on your Development Journey and show some love by sharing to friends and family and in case you have a thing or two to say, don’t hesitate to comment below.