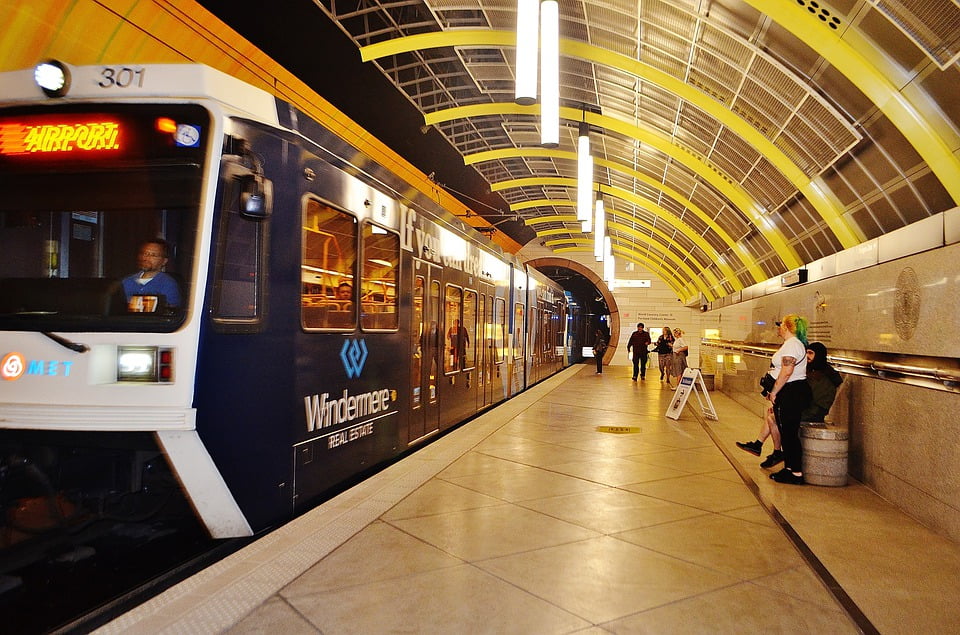 3 Types of Public Transportation in Alabama with Examples

Updated 3 months ago by YAIOA

In this post, I will be sharing a list of the various forms of public transportation in Alabama and their various examples.

Public transportation is very essential to the well-being of families throughout Alabama.

The history and development of Alabama are mostly as a result of the evolution of transportation in the state.

The Birmingham metropolitan area alone records an average of 3 million rides per year to help take people where they need to go.

Having hundreds of miles of rivers and streams, water transportation became the most significant means of transportation during the territorial period of the early times of the state.

In 1832, the construction of the railroad began in Alabama and by the mid-nineteenth century, rail transportation had changed the face of Alabama’s economy which prompted development in the civic, agricultural and industrial sectors.

It doesn’t matter whether the distance is short or long because buses are one of the safest, most affordable and user-friendly means of transportation.

Some of the bus stations in Alabama are:

The Birmingham-Jefferson County Transit Authority (BJCTA) is the public transportation operator in the city of Birmingham, AL.

It was created to take over operations from the private operators in 1972. It currently operates 109 buses on 36 routes, as well as paratransit and “vintage trolley” services.

It is headquartered at 1735 Morris Ave Birmingham, Alabama.

The CrimsonRide is a bus service that serves the people around the University of Alabama’s campus in Tuscaloosa, Alabama.

It is operated by First Transit, which is under contract with the University of Alabama’s Department of Transportation Services.

It commenced operation on the 11th of August, 2007 and replaced the blue and yellow routes that were formally operated by the Tuscaloosa Transit Authority.

The buses serve as the transit option for students, staff, faculty, and the general public around the University of Alabama campus.

The status of each of the buses is monitored by users in real-time because they are equipped with a Transloc GPS monitor.

On the 25th of August 2008, which was the beginning of its second year of service, the CrimsonRide served its 2 millionth passenger.

An average of 13,500 people rides with the buses daily on weekdays.

The Huntsville shuttle bus system began operations in 1990 with regards to the increasing population and congestion of Huntsville, Alabama.

The previous Huntsville streetcar system in the early 1900s was disassembled sometime in the late 1940s.

The city of Huntsville later decided to form the Department of parking and public transit which included the shuttle.

The system which began with only 2 routes has now expanded to 9 routes and a Tourist Trolley.

Around 1,500 to 1,800 riders make use of this system daily. It is headquartered at 500B church street, Huntsville, Alabama.

The Tuscaloosa Transit Authority (TTA) is a bus system that is based in Tuscaloosa, Alabama, and owned by the government.

The Tuscaloosa Transit Authority started operation in 1971, serves the city of Tuscaloosa, and also operates the game-day shuttle buses for Alabama football games.

It is governed by a board of 7 members with about 27 full-time employees as of 2008.

An average of approximately 16,000 people rides with them in a month. They operate 7 routes and are headquartered at 2450 Hargrove Rd. East, Tuscaloosa, Alabama.

After years of disorderly relations between passengers and private bus operators, the Montgomery Area Transit System was founded in 1974.

Having 32 fleets of buses, they currently operate 14 routes and are headquartered in 2318 West Fairview Ave. Montgomery, Alabama.

However, the Wave Transit System was founded in 1995, is headquartered in 110 Beauregard Street, and currently operates 13 routes.

Ferry transportation is a form of transportation that is done on the water with a boat. It involves the movement of people or things across a body of water.

The Marlow Ferry is located in Baldwin County, Alabama. It is the former site of a ferry that crossed the Fish River.

The Marlow Ferry is also the location of two important events that occurred during the American Civil War and the War of 1812.

Although the ferry is no longer in operation, the landing has now become a part of the Baldwin County Parks System.

The Mobile Bay Ferry crosses the Mobile Bay, Alabama and connects at Dauphin Island on the west side and Mobile Point on the east.

It is operated by HMS Ferries, Inc. under contract with the Alabama Department of Transportation (ALDOT).

The Mobile Bay Ferry is considered to be “the Gulf-Coast’s Most Scenic Drive”.

The Ferry provides a travel link across the mouth of Mobile Bay, thereby, saving travelers hours of driving time as well as the high cost of fuel.

The journey between Fort Gaines on Dauphin Island and Fort Morgan at Mobile Point presents a beautiful view of the two historic forts that have long guarded the entrance of Mobile Bay.

The Mobile Bay ferry service makes use of two ferries called the “Fort Morgan” and the “Marissa Mae Nicole” to carry passengers and vehicles across the Bay.

A trip takes an estimated time of 40 minutes which makes it a great way for passengers to view birds, sea life, and other boats and ships.

The Mobile Bay Ferry is a member of the Dauphin Island Chamber of Commerce.

The Gee’s Bend Ferry is located in Wilcox County and it is full of history which includes its wonderful quilts, the re-development of the Gee’s Bend Ferry, and fighting a Civil Rights cause forty years after its closing.

The Gee’s Bend has continued to be a place that outsiders find fascinating.

The boat has been modified to become the first electric-powered passenger ferry not just in Alabama but in the United States at large.

The Gee’s Bend lies on the Alabama River just across from the Wilcox County seat of Camden.

Camden is home to the courthouse, banks, restaurants, and other amenities that are unavailable in Gee’s Bend.

Rail transportation is one of the most important, affordable, and commonly used methods of traveling long as well as short distances.

Some rail stations in Alabama are:

It was built in 1925 and renovated in 2008 by the city of Anniston through funds that were obtained through the Federal Highway Administration’s Transportation Enhancements (TE) program.

It has 3 tracks, one side platform, 10 short and 5 long term parking spaces, and a wheelchair lift.

The Birmingham train station is a service stop for Amtrak’s Crescent which provides daily services between New York, Atlanta, and New Orleans.

It is currently located on the site of another station that was built in 1960 by the Louisville and Nashville Railroad.

It has two tracks and is located in 1819 Morris Avenue Birmingham, Alabama.

Tuscaloosa is an intercity rail station that is located in 2105 Greensboro Tuscaloosa, Alabama.

It is currently served exclusively to New York or New Orleans.

The Tuscaloosa station was initially operating under the southern railway.

It has 3 tracks, one side platform, and was originally opened in 1911.

This is a list of some of the forms of public transportation in Alabama.

These forms of transportation have made it easier for the masses to embark on long or short distance journeys because they are relatively affordable and comfortable to use.

In some cases, you can book your trips beforehand and you also get alerted in due time in case of any cancellation or delay.

1. What are the types of rail transport?

There are various types of rail transportation mediums. Some of them are:

2. What is the meaning of a bus route?

A bus route is a route that is frequently followed by a bus while a bus stop is a designated place on a bus route where buses stop for passengers to alight and also take on new passengers.

3. What fuel does a ferry use?

About 88.8% of ferries operate on Diesel fuel. Some of the others use gasoline, biodiesel, some use electric while others are unpowered.

What are the types of rail transport?

What is the meaning of a bus route?

A bus route is a route that is frequently followed by a bus while a bus stop is a designated place on a bus route where buses stop for passengers to alight and also take on new passengers.

What fuel does a ferry use?

About 88.8% of ferries operate on Diesel fuel. Some of the others use gasoline, biodiesel, some use electric while others are unpowered.