The On My Block series has been really intriguing. The third season of On My Block continued from cliff-hangers that left everyone reeling from season two and also made us binge so quickly that we’re once again waiting for a new season.

After a long wait for news on the season 4 series, it is finally coming out at the start of 2021.

It’s no news that ”On My Block” is one of Netflix’s most popular shows.  Viewers fell in love with characters like Monse, Cesar, Ruben, Jamal, and Jasmine immediately after its debut on Netflix back in 2018.

The show has moved from one thrilling moment to the other, from their heartwarming friendship to their hilarious antics, it’s just impossible not to be entertained by the squad.

Season 3 is more about everything that happens in the wake of The Santos kidnapping Monse, Cesar, Ruben, and Jamal. What about season 4 though?  Relax, cos here’s everything you need to know about it including the release date, cast, trailer, and spoilers.

Yes. After a long time of waiting, Netflix finally announced on January 29, 2021, the release of ‘On My Block season 4’. However, they also revealed that season 4 will be the show’s final season.

The official On My Block account tweeted: “The squad is linking up for one last adventure. On My Block is coming back for a 4th and final season!”

When is the On My Block season 4 release date?

The release date of On My Block season 4 hasn’t been specifically announced yet. but we could suggest it will come just about the time the previous seasons were released. Season 1 was released on March 16 in 2018, season 2 came out on March 29 in 2019, and season 3 dropped on March 11 in 2020.

But due to the recent Coronavirus outbreak, there is a likelihood that production on On My Block season 4 will be delayed along with the release date.

Who will be in the On My Block season 4 cast? 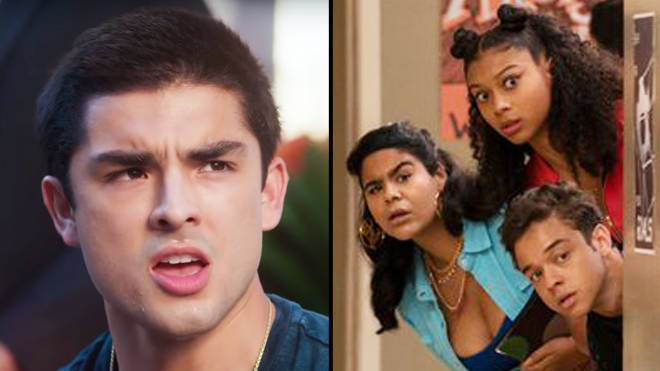 A lot of fans have asked who is coming back for season four?

You be can rest assured that all of the main cast will be back.  Along with the announcement, Netflix revealed that fans will get to find out what happens to Monse (Sierra Capri), Cesar (Diego Tinoco), Ruby (Jason Genao), Jamal (Brett Gray), Jasmine (Jessica Marie Garcia), Spooky (Julio Macias) and Abuelita (Peggy Blow).

What will happen in On My Block season 4?

The crew is yet to put everyone in on specific details of what to expect in On My Block season 4 but, it is obvious judging from how dramatic the previous seasons were, there is a likelihood that the squad will find themselves at the center of a brand new dilemma and we should see how that two-year time jump pans out.

In summary of the previous season, we got to know that Monse has a new core friendship group, Brett has become a member of the football team, Jasmine and Ruby are still dating but Ruby appears to no longer be close with Brett, and Cesar is literally leading the Santos. Fingers crossed season 4 brings them all back together.

Specifically, we’re hoping to find out what happens to Monse and Cesar between now and the time jump.

Perhaps most importantly, we should learn more about Spooky, has he completely got out of the gang life? The time jump certainly suggests he has.

Cesar has risen to the top of the gang but how he rose to that position is an easy plot point to fill.

Of course, with a time jump, we’re desperate to know who is keeping in touch. Will the gang have a reunion or has the group splintered?

Discussing the ending with Entertainment Tonight, Sierra Capri, who plays Monse, explained: “It’s probably one of the most realistic endings that I think we’ve had… People evolve and they grow, and sometimes they grow apart. The way that you were two years ago is different.”

Jason Genao, who plays Ruby, also teased what’s next for Cesar: “Oscar was Cesar when he was Cesar’s age, and then he grew up and understood what it really meant to have a life. So then Cesar did that whole aspect where he was like, the little innocent thing, and turns into Spooky, and now hopefully, he’ll learn. And I think that’s how it evolves.”

Diego Tinoco, who plays Cesar, revealed: “It was heartbreaking to see the ending”. He then added that he has high hopes for season 4. “I trust the writers and the story isn’t

over yet, just like life. I mean, he’s dealt with so much traumatic stuff going on in his life… so much trauma that you’re gonna have a little bit of a crash.”

Opening up about the ending with Paste, On My Block creator Lauren Iungerich, said: “I think that ending is such a great place of resetting, because the idea of this show has always been, you know, what Mario said in the pilot: You have to stick together in order to survive.”

She then teased: “And so what does it look like for these kids, who are each other’s chosen family, when they’re not together? And how do we get them together again, if they are meant to be together?”

The official On My Block account has also tweeted out some spoilers without context for fans to start guessing what will happen. They include bread, a crashed car, flowers, an IV drip, and a Portland sign.

When is season 4 of On My Block start filming?

On My Block season, 4 has not officially begun production yet.

Though the production announcement had taken months after month before it came to light.  production should start by the beginning of 2021.

According to a report from What’s on Netflix, the cast and crew start filming On My Block season 4 in March 2021. Production is expected to take a few months and end in the summer.

On My Block Season 4 Rumors

No much news has been around about On My Block season 4. Although it isn’t strange to experience such quietness. I mean, we didn’t know that the season was even happening until recently it was brought to light.

Rumors are likely to happen when production starts. At that moment you will get to see rumors flying everywhere about the new season. That’s usually what happens. Fans will spot a guest start or a new cast member filming or something like that.

Then, we’ll start to see a few teases for the new season from the cast while production is happening and beyond.

When is On My Block season 4 coming out on Netflix?

On My Block season, 4 is coming to Netflix sometime soon.

If the production of On My Block season 4 will start at the beginning of 2021 most likely march, and according to Netflix, production will wrap around June 2021 on the new season.

If all this information is accurate, then we should be expecting to see On My Block season 4 on Netflix by the end of the year.

That’d be possible with the normal six-month gap between the end of production and the release on Netflix that we see with new seasons of Netflix shows.

But, things are likely going to take a little longer than that. due to certain factors, First of all, it looks like Netflix has stacked lineup shows for the end of the year, so adding another show may be tasking and probably not the best business move.

Secondly, production could be delayed. This period in the industry is quite challenging due to the pandemic which has resulted in delays in filming. If that happens, you can pretty much rule out a late 2021 release date.

I think it’s much more likely that we’ll see On My Block season 4 in March 2022, about one year from when production starts. That’s the best prediction we can make right now.

A lot of fans have been asking the question ‘will there be a season 4 of ‘On my block’?. You probably have been asking the same question, but after going through this post, we hope that you’ve been able to find the answers to your questions.  We’ll let you know more about On My Block season 4 when we find out.