Security Alert: Scammers Steal About $2 Million Worth of Ether Before Official ICO Sale 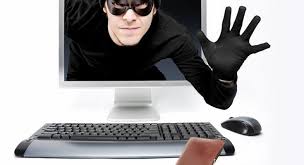 Potential investors in the  upcoming Seele Initial Coin Offering  Blockchain project have been scammed of $1.8 million worth of Ether. The attackers managed to dupe investors by posing as admins in the company’s Telegram channel, as reported in an article published Sunday, Feb. 4 by the Finance Magnate news site.

According to its website, Seele is a blockchain project with potential applications for fintech, e-government, IoT, game assets and others. Its main selling point is a “neural consensus protocol.”
The scammers, posing as two admins of Seele’s official Telegram channel @SeeleSupport and @nicsmith, solicited members of the Seele chat over the direct messaging feature for Ether as part of a private sale (however the official sale of 1 billion ERC-20-based “SEELE” tokens was due to commence soon). Dr. Nick Smith is a data analyst at Seele, and the Telegram channel reported that the scammer used his name and picture on the fake admin account.
Earlier today, some members in the ICO pool began to report ETH funds missing, after they’d sent them to Telegram group admin accounts.
Read Also: Japan Leading Airline Preach Aviation Partners Bitpoint To Accept Bitcoin Payment
Seele’s ‘real admnistrators’ have now warned potential investors to beware of impersonators and issued this apology to the Telegram group:

We are deeply sorry for the problem caused by the “@seelesupport” and “@nicsmith” scammer and are taking full responsibility for it. We care about our community and are taking all necesarry precuations to prevent something like this from happening again….It appears as due to the intentional deceiving of the “@nicsmith” and “@seelesupport” scammer by impersonating one of our own team members, some people from our community have lost funds. We are hereby acknowledging the situation and confirm that we will find solution to make the situation right for all community members who have lost funds due to this problem.

Many members of the Seele Telegram channel have referred to the scam as an ‘inside job’ and  this is not suprising as only an administrator can make someone else an admnistrator. Scams in cryptocurrency are far from rare, just last week Texas Regulators ordered Arisebank to Cease and Desist after their operations were revealed to be illegal.