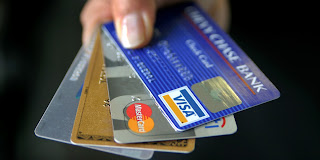 Bridging the gap between fiat and crypto is one of the biggest challenges cryptocurrency platforms face. Combination cards, which allow a debit card to be funded with crypto and then used to make purchases in the local fiat currency, were seen as a smart solution. That all changed this week when hundreds of thousands of European crypto-holders found their cards had been rendered useless.

Visa ended its business relationship with a large Cryptocurrency Debit card provider called WaveCrest (WaveCrest is located in Gibraltar), causing thousands of  transactions to be declined thus leaving people left stugling to figure out how to access their money. Around a dozen crypto companies were affected by the shutdown, which instantly wiped out their services across Europe. Issuers such as Bitwala, Tenx, Bitpay, Wirex and Xapo were left high and dry after the Visa subsidiary stopped processing.

Tenx was one of those companies affected by the ban. The company’s co-founder, Dr. Julian Hosp, told reported that around 200,000 customers had been impacted, but signaled that a resolution is on the horizon:

Tenx was prepared for this,as the company recently partnership with a new card issuing partner and in the process of getting the new cards to live to replace the old ones as soon as possible….

The move, which first appeared to be anti-cryptocurrency is in fact simply a strike against the WaveCrest company, who has apparently violated Visa’s policies. Visa said in a statement that it recently terminated a single prepaid card issuer in Europe from their network for violating Visa’s operating regulations. Visa further stated: